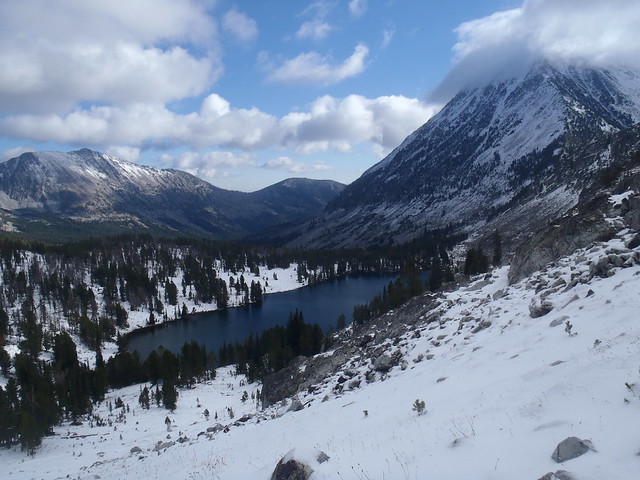 Labor Day Weekend usually means crowded trailheads and fairweather backpackers fitting in their last trips of the year, but that’s no reason not to plan a trip and take advantage of the extra day off work. Just something to plan around. I’d chosen a somewhat remote area of the Beaverhead-Deerlodge National Forest for a three-night trip in an attempt to lose some of the crowds, but I think the forecast did most of the work in ensuring me a good shot at solitude. Depending on the elevation, the forecast for Thursday to Sunday called for rain, snow, thunderstorms (or a mix of all three) and highs between 45 and 60 degrees. Lows would be dipping below freezing at the higher elevations. Not an ideal forecast by any means, but not miserable enough to completely cancel the trip. As the Scandinavian saying goes, “No such thing as bad weather, only bad clothing.”

After a short day at work and a long drive through the beautiful Big Hole Valley, I found myself at the trailhead around 3 p.m. If I was bolder and had nerves of steel, or a passenger to attempt to impress, I could have driven a few miles further on a rugged 4WD drive road (excuse the redundancy) to the “real” trailhead. I figured a little extra walking beat the possibility of getting high-centered and I stand firmly by that calculation. While not an unattractive walk, this 2.5 mile section of road was somewhat monotonous and had the mystical quality of feeling twice as long on the hike out as it did on the hike in. 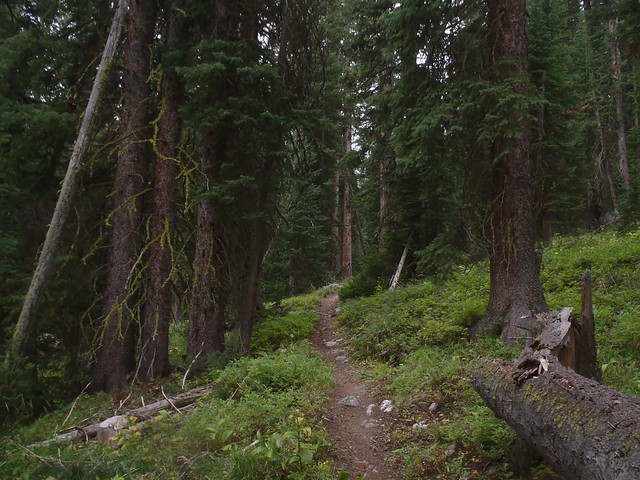 The hiking was enjoyable and easy, always a good combo, particularly once I began hiking on the spur trail that would take me to Upper Miner Lake where I would spend the night. The trail to Upper Miner Lake was in great shape and had some nice views of the mountains from several avalanche chutes. Looking carefully at the mountainsides revealed some interesting geological features; looking carelessly and quickly simply revealed incredible mountains. Once the trail transitioned from lodgepole pine to spruce and fir it went from being merely pleasant to downright charming. Being highly motivated and with a fairly light pack I covered the 6.5 miles and 800 feet of elevation gain in about two and a half hours. 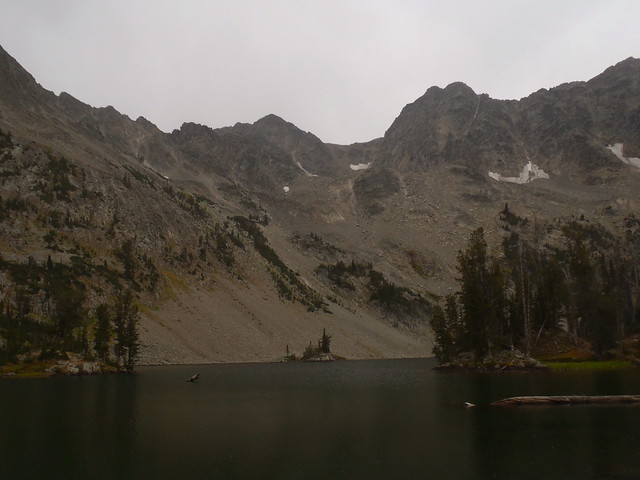 Upon my arrival at Upper Miner Lake, the intermittent and at times imperceptible drizzle that had defined the afternoon became a light rain that required strategic use of a pack cover and rain jacket. Rather than camp at Upper Miner Lake, I decided to push up another few hundred feet (the vertical gain felt like it almost matched the horizontal distance) to an unnamed lake. The steep climb took a good bit of time but was well worth the effort. The unnamed lake was absolutely gorgeous and the perspective it offered on the adjacent peaks was breathtaking. Nestled right at treeline, I set my tent up in the most sheltered spot I could find before cooking dinner at a spot overlooking the lake. I enjoyed some after dinner reading (“Men Without Women” by Ernest Hemingway) before twilight and an eerie mist descended on the lake; I found myself in my tent shortly after 9 p.m. 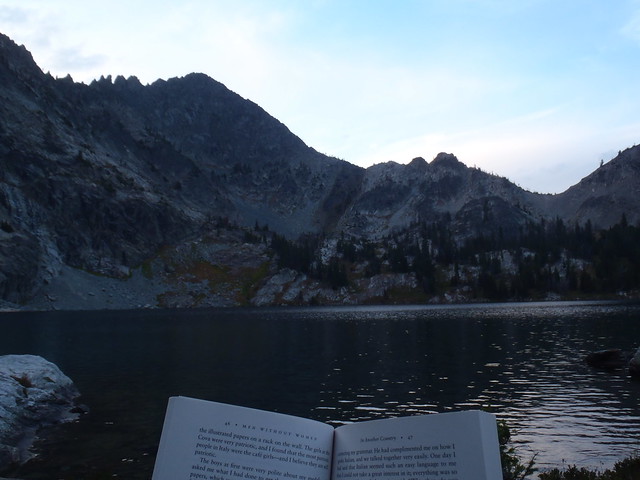 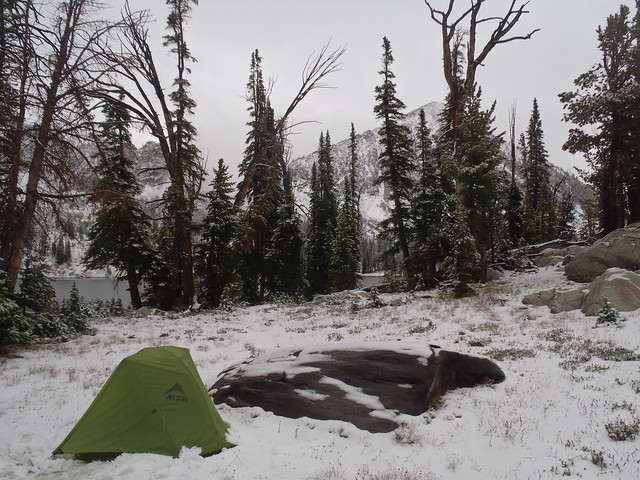 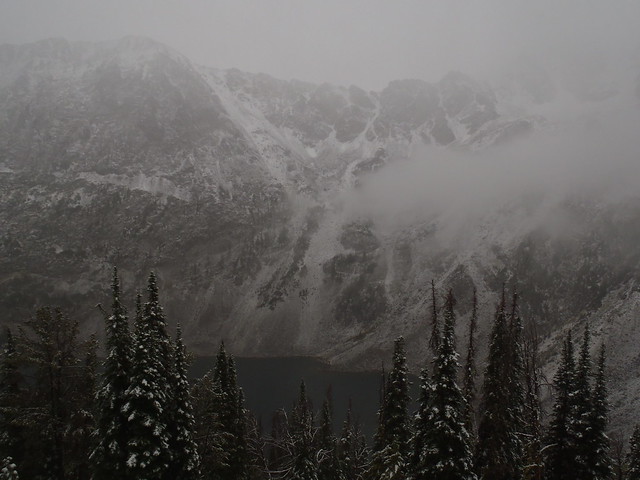 Several inches of snow fell overnight and was still falling an hour or two after sunrise when I exited the tent and began packing up. While packing up gear and getting ready to hit the trail was a bit of a chore, I managed to focus on the beauty and novelty of the situation rather than the minor irritations. After a slippery descent down the hillside to Upper Miner Lake, I headed back to the main trail. As a result of the warming of the day and the loss in elevation, by the time I arrived at the junction the precipitation had transitioned from a warm snow to a cold rain.

At the junction, I carefully weighed my options: take a right and it was a few miles back to the car, a 15 mile drive to Jackson Hot Springs and the lodge, then two hours back home. Or another two nights in the mountains. Fortunately, I convinced myself to take a left. The first few miles of trail to the Rock Island Lakes left a bit to be desired. Wide and with lots of loose rocks, it wasn’t a trail that would be a cover-shot on Backpacker Magazine. But, to its credit, it led me to Rock Island Lakes by the early afternoon, where I fruitlessly searched for a decent campsite. My standards weren’t exactly high, but I didn’t find anywhere I wanted to stay for the next two nights so I checked my map and pushed on to Little Lake. 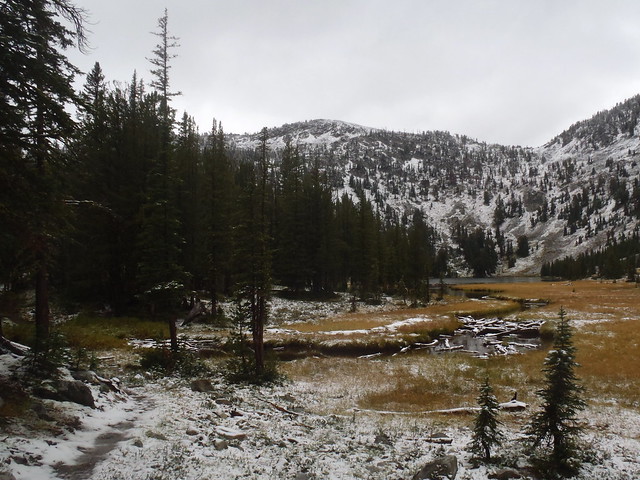 I passed a charming unnamed lake on the way up to the pass where I would drop over into Little Lake, and entertained the notion of camping there, but ultimately I pushed onward and forward. I got a bit mixed up on the descent to Little Lake, but arrived mid-afternoon in one piece. Albeit one slightly damp and tired piece. The breathtaking beauty of Little Lake made the effort and minor discomfort seem insignificant and I ended up at a great campsite sheltered by trees. After attending to the usual camp chores I did a bit of reading, and bourbon sipping, before cooking a delicious dinner: seasoned rice, jerky, pepper jack cheese, and fresh guacamole (I’d packed in an avocado — eat your hearts out, ultra-lighters!) wrapped in two tortillas. I climbed into my sleeping bag a bit worn out but warm, fed, and dry. I enjoyed a wonderful night’s sleep, although some strong wind gusts and hail did wake me up once or twice. 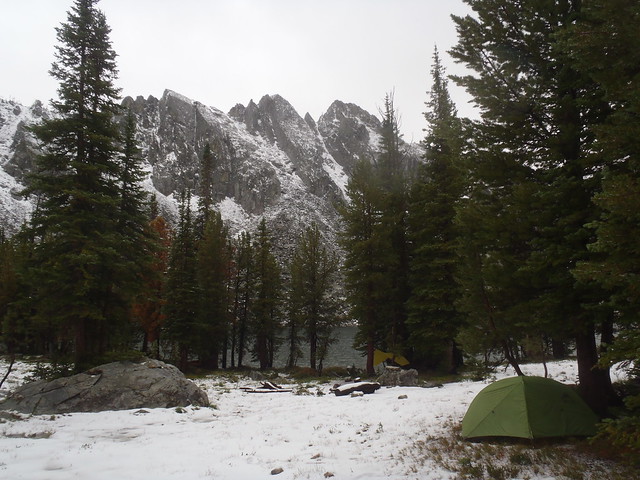 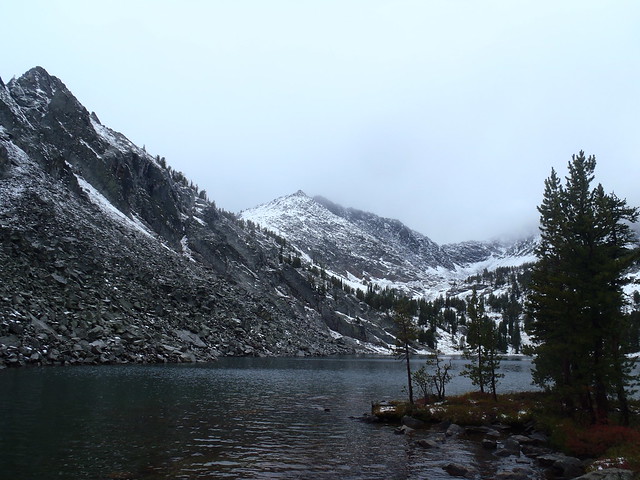 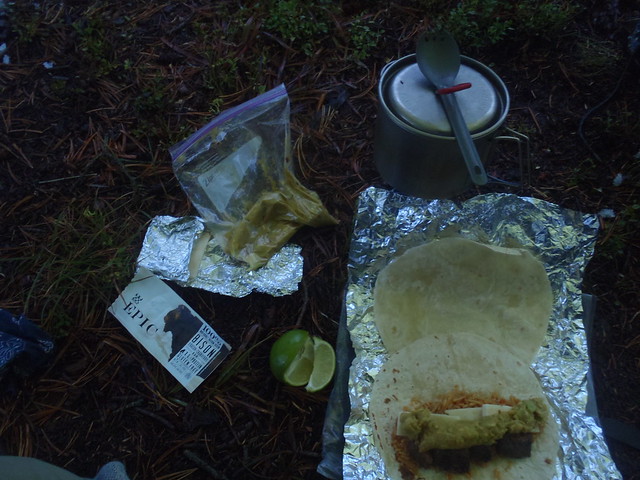 I’d planned on climbing Homer Youngs Peak (10,621 feet) the next day, but given the dicey weather and the fact that I would have a lengthy Class 3 scramble on snow covered rocks to the summit I decided not to pursue that plan. Instead, I walked around the lake and followed its outlet stream before hiking along the Continental Divide Trail for a few miles before turning back. Along the way I ran into two very friendly CDT thru-hikers and chatted with them for a while; one of them took a picture of me in front of a rather impressive background. Back in camp by mid-afternoon, I made some tea and read for a while before cooking a simple pasta and tuna dinner and heading to bed early. 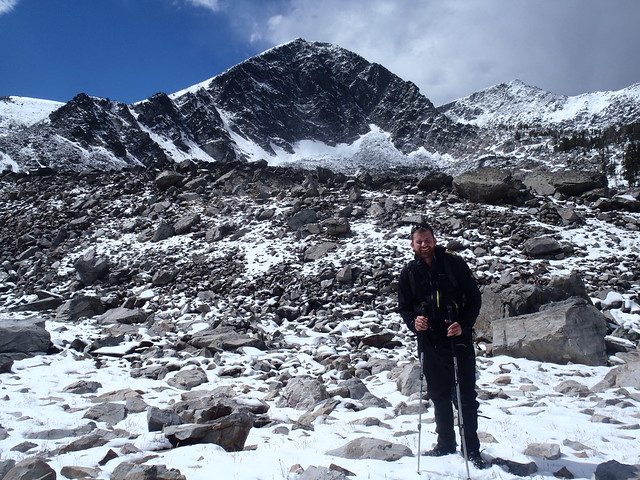 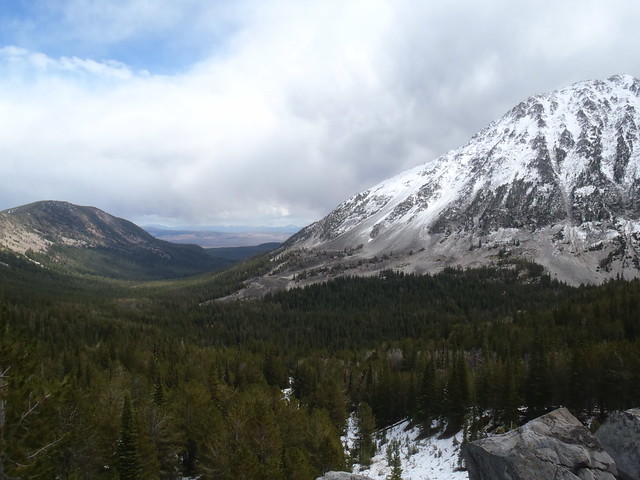 The next day was absolutely gorgeous — blue skies, warm, a few clouds drifting overhead — and I was headed back to the trailhead. It was a fairly easy hike back and I had no issues with following the trail through the pass on my way back. Not too far from the trailhead I chatted with a couple who were headed in on an overnight trip; I recommended they head to Upper Miner Lake rather than Rock Island Lakes and I hope they found that to be good advice. I made it back to my car without incident and enjoyed a well-earned soak and burger at Jackson Hot Springs on my back home.