After months of talking about it, my friend Chris and I finally biked down to the Red River Gorge from Stanton for a day of climbing. We had our sights set on “Big Country” an easy 5.5 traditional climb with nice exposure and a great view at the top. We left Stanton at about 8:30 on Saturday morning, under unbelievably pleasant conditions, and pedaled along on approximately 15 miles of scenic and sparsely-trafficked backroads to reach the approach trail for Long Wall, a climbing area between Indian Creek and the middle Red River Gorge area. 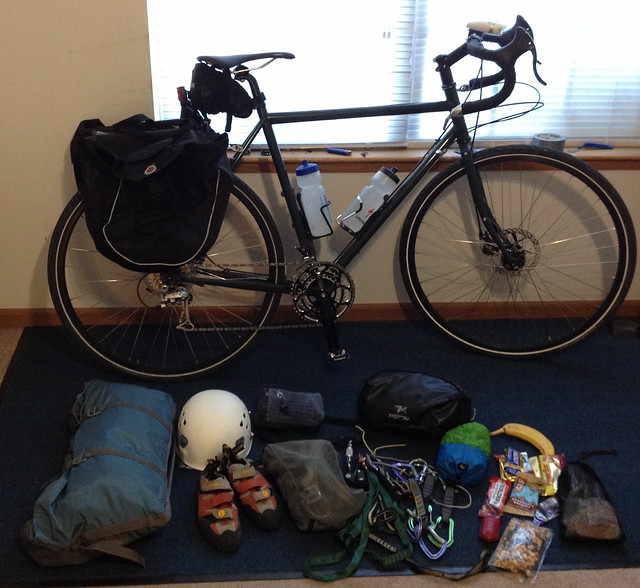 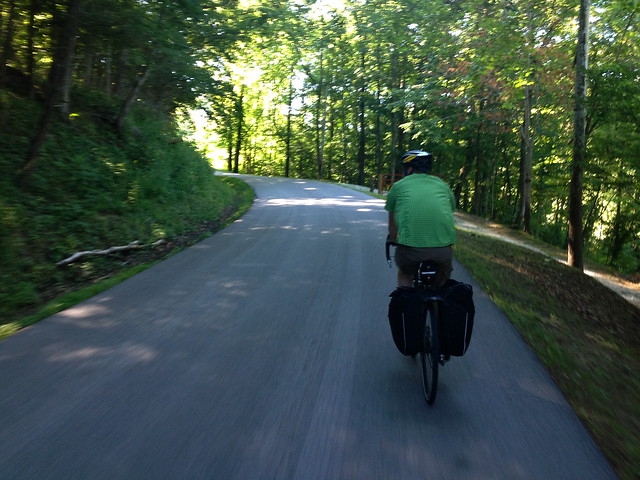 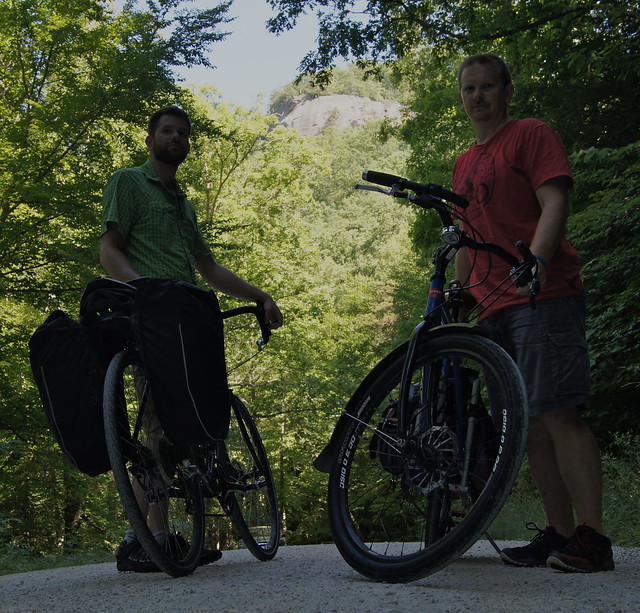 Chris led each pitch (section) of the climb, placing traditional pieces of climbing protection in cracks along the way, slinging rhodo clumps and small pines, and setting up the belay stations. All I had to do was belay and then follow the rope while removing the protection he had placed on his way up. In other words, Chris did all the hard work and I was just along for the ride.

After some not-so-awesome but still enjoyable climbing we arrived at the base of the last pitch of climbing — an excellently exposed section of rock above the trees with incredible views. This was where the “fun” really started: 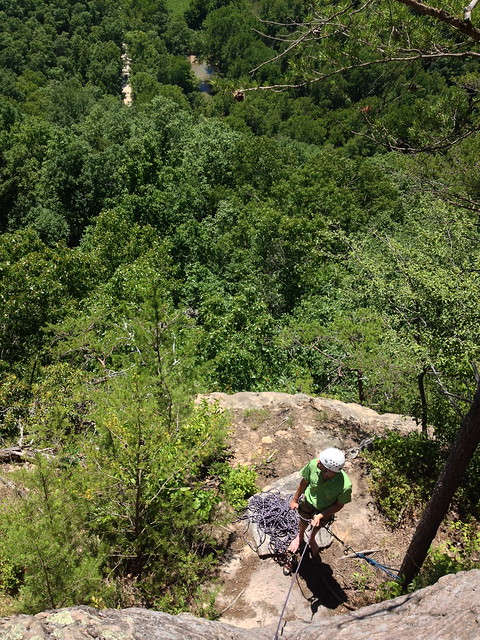 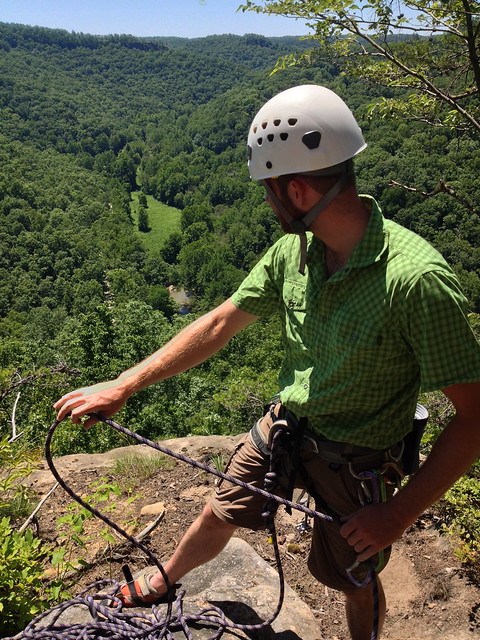 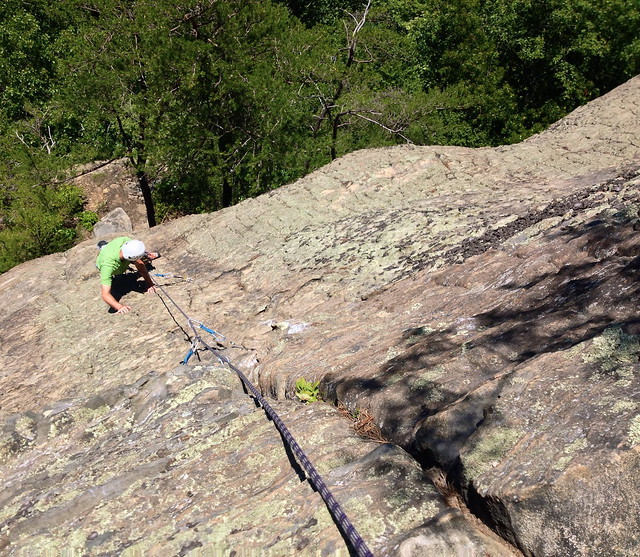 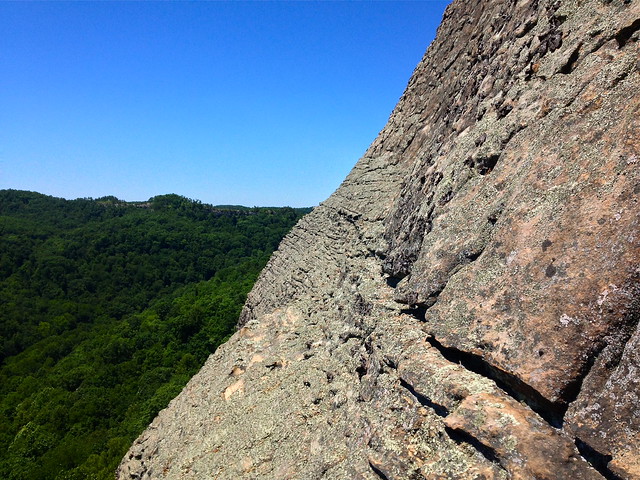 We soaked up the view from the top for several minutes, but didn’t linger terribly long. We were both getting thirsty (water was at the base of the cliff with our packs) and were looking forward to being back in the shade after climbing in the sun for nearly two hours. We were able to reach the ground by rappelling from the top of the climb down to one of the lower belay station. It was a relatively simple descent, with a bit of traversing here and there, except that there was a somewhat dense section of canopy between the cliff and the ground that we had to rappel through; the optimist in me says we got a free canopy tour, the pessimist in me wishes I’d worn pants instead of shorts. We made the downhill hike to our bikes in good time, wheeled them back down the trail to the road and began the ride home along a narrow road shaded from the mid-afternoon sun.

Something about biking home after climbing or hiking or camping just feels right. Hard to explain, but it just seems to prolong and enrich the experience. There has been a time or two where I’ve just wanted to be home after doing something outdoors and find myself pedaling into a stiff headwind 10 miles from home wondering why exactly I thought it was a good idea, but on the whole it’s something that I deeply enjoy and appreciate having the health, equipment and circumstance to be able to do and do not take for granted.